History of the Bookmobile

In 1944, a company by the name of T.J. Moss in St. Louis donated a bookmobile to the Missouri Library Commission. The following years, the Commission received three more gifts of bookmobiles from the Missouri Federation of Women's Clubs, the Missouri Farm Bureau Federation's Home and Community Department, and Beta Sigma Phi.

The Missouri State Bookmobile became a demonstration unit stocked with a representative collection of new books that could travel across the state. in 1950, it added a collection of phonograph records, mounted pictures, pamphlets, and viewmaster reels alongside the regular books and periodicals, and educational motion pictures were added a year later. It would make stops to distribute these collections in areas composed of two or three counties without library service upon request. It made trips daily with each rural school, town, and community center being visited once every five to six weeks. It was exhibited in over fifty counties to demonstrate how a county system of library services could benefit its residents and encourage the local county library to purchase a bookmobile of their own to better serve rural areas.

During its first three months of service, the Bookmobile traveled over ten thousand miles and was viewed by over three-hundred thousand people. After visitation and seeing the demonstration bookmobile in action, many new county libraries placed orders for similar book distributing units. By the end of 1948, Missouri had the second-largest number of bookmobiles in service at 37. Only one operating county, Henry County, did not have an official bookmobile, but they did have a Jeep station wagon that delivered library materials throughout the county.

The Missouri State Bookmobile was decommissioned around 1966 as most counties now had their own bookmobile or access to library services for their more rural communities. 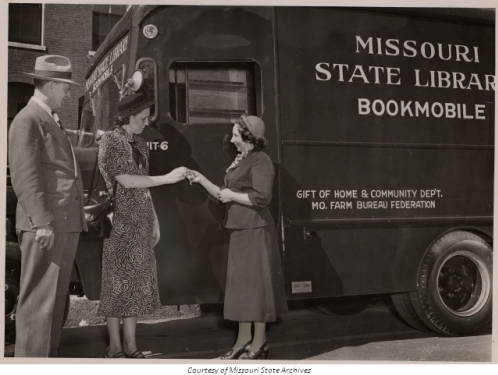 Missouri State Library Bookmobile ca. 1940-1955. Image showing one man and two women standing in front of a bookmobile (unit 6). One woman is handing the keys of the bookmobile to the other woman, presumably a librarian. 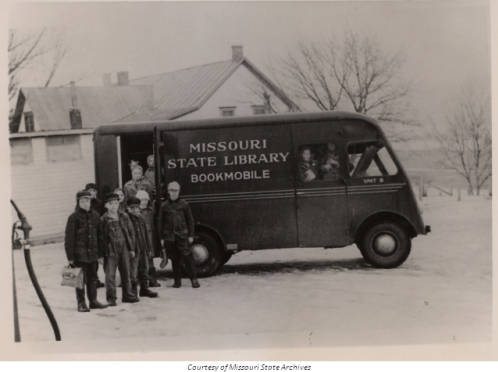 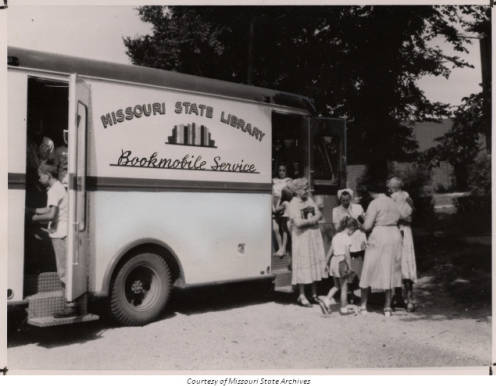 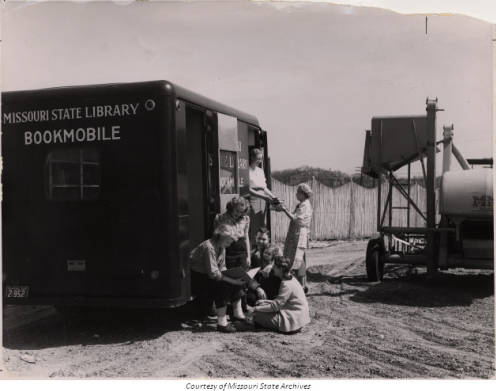 Missouri State Library Bookmobile ca. 1940-1955. Image showing children and adults borrowing books from the bookmobile. A young lady reads from a book while others gather around her in the center of the photograph. 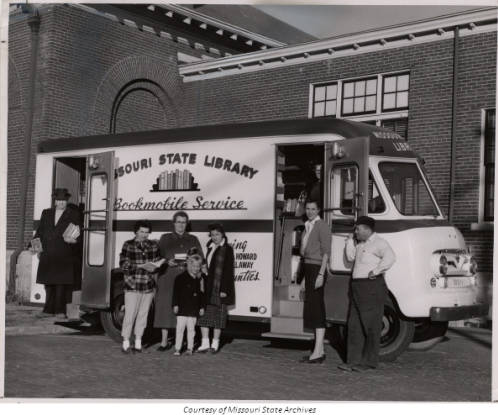 Missouri State Library Bookmobile ca. 1940-1955. Image showing men, women, and children standing around the bookmobile, which is parked in front of a brick building. 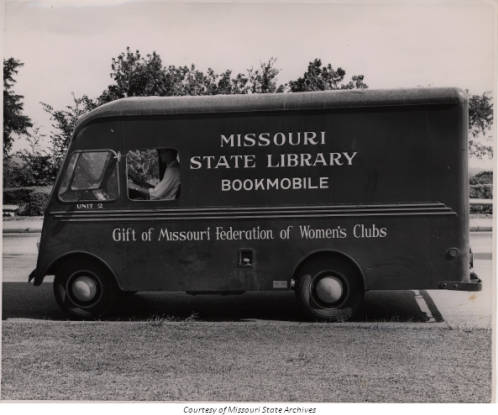 Missouri State Library Bookmobile ca. 1940-1955. Image showing a side view of bookmobile unit 2, a gift of the Missouri Federation of Women's Clubs. 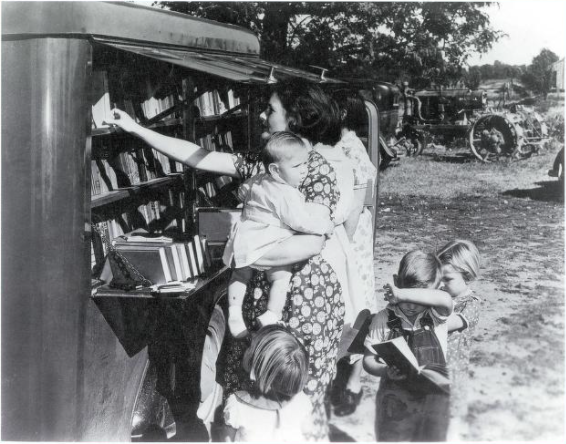